RECENTLY, I participated in an interesting online conversation. It all started with my response to a criticism on camera design. I essentially agreed with him. It was about integration with what we both believe to be an essential accessory to our shooting – the L-plate or L-bracket (and I would guess the majority who have an opinion on this accessory would be in agreement with us). The problem is that neither the accessory manufacturers nor the camera manufacturers have a well thought out approach to this accessory’s intended use. In the case of most modern cameras (for which this accessory is offered in custom sizes), it intended use is essentially defeated. It is one of those accessories, however that – important as it is – is probably not known or even used by the majority of photographers and probably not even by the majority of shooters in the genre as he and I (it really doesn’t matter what the accessory is for my purposes here).

OVER THE YEARS, this is not the first time I have felt stymied by this problem. With cameras and other mechanical things I have owned, it has caused me to wonder aloud more than once, whether design engineer had ever used the accessory – much less the tool which it was designed for? There are always work-arounds. In my own case, 99% of the time, I have been able to do with alternate approaches (like the infrared remote triggers available for my camera). But if I want to use a more reliable, trigger, effective at greater distances, or a remote flash trigger, for the most part, I am SOL. In some cases I have been able to customize my own solutions. In others, try as I might, I haven’t been successful. And in most cases, even my “custom” job was not near as elegant looking or behaving as it would have been if properly done in the finished manufacturing process. O.k. so what?

THE POINT IN THE DISCUSSION which stimulated my thinking, and this post, was not this specific accessory and it was not my frustration with this specific design “fail.” It was the comments by participants in the discussion about the camera industry as a whole. There seemed to be general agreement that – at the very least, the camera companies are at fault for not paying attention to the needs (and practical application, in my view) of their tools and the accessories being built and sold for them. And certainly the “flip-side” comment aimed at the accessory manufactures is fair – though they have lately begun to address the issue, if only for “current” camera bodies (which doesn’t help “legacy” equipment owners and could have been better addresses at the time of the camera design).

BUT WHAT really got me thinking was a sentiment expressed that there has been a very significant drop in camera sales over the past several years, and that this lack of responsiveness to particular needs was the primary reason for that. Well. Maybe.

Is the lack of “responsiveness” to its customers stated needs the primary reason behind the precipitous decline in camera sales over the past several years?

BEING SOMEWHAT CONTRARIAN at times, I raised my eyebrows a bit at this assertion. First, I am not sure the particular equipment issue is a fundamental enough or widespread enough concern to be, by itself at fault. My gut told me that not even the sum-total of all of our concerns (and if 10 of us were to list them, we would have 10 different priorities and problems) is probably not enough to cause a precipitous drop in camera sales, though, to be sure, it has to have had an impact. As one commenter noted, in order to persuade a current owner to “upgrade,” the manufacturer has to give us a reason do do so. If our perception is that they are ignoring our needs/desires, we are less likely to do so. Indeed, I felt a point at which Nikon was not responding to my wants/needs, which precipitated a change of manufacturers for me. But still . . . my gut. So I did some research.

I  DIDN’T come to any definitive conclusions about whether the sentiment is or is not correct. I do think there are several factors at work here though. In order to appreciate the cause, one has to take a hard look at the CIPA data illustrated at the beginning of this post. The first conclusion is that the vast majority of digital camera sales over the past 15 years have been so-called “Point & Shoot” cameras (the blue data). I have said over the years that P&S cameras have lead the development of the high end electronics we enjoy in our interchangeable lens cameras today. And most certainly, it was the historical (over the past 15 years at least) sales of P&S cameras that have kept the industry in business and able to do the research and development that has gotten us where we are today with digital cameras. A second look illustrates that the drop in camera sales is much more marked in the P&S sector than the interchangeable lens sector.  Indeed the rise and fall has been much more pronounced in that sector.

The primary reason for the decline in P&S digital cameras: The Cell Phone

OF THE SEVERAL sources I read, there seems to be almost unanimous agreement on what drove that graphic both up, and then down. In the early 2000’s (and this certainly coincides with my own experience), digital cameras first became widely available to the consumer (3dinsider.com notes: “in the year 2000, … digital cameras only accounted for a modest 13% of the total market for cameras. At the time, around 90% of all households were still using film cameras”). For the first time, we had the ability to have (notwithstanding the “Land” camera and the “Polaroid Swinger” of the 1960’s and ’70s) instant results. We could shoot and move from a card to a viewing device (usually a computer screen) immediately. No waiting for the drug store or K-mart, or mail-order to get our pictures back to us. And, if we wanted, those outlets could still provide us with prints. And, we could see the result of our shots on the digital screen on the camera – immediately. It isn’t any wonder that sales of digital cameras (primarily P&S) reached well over 40 million by 2003, and triple that by 2010. Most of my sources also agree on the reason for the decline in sales of P&S digital cameras: the Cell Phone. Cell phone cameras – only very rudimentary in the early 2000’s, have become so good today, that most people use and prefer them over P&S cameras. “The shift of most people to camera phones has meant that the market for digital cameras has shifted back to professional users.” (3dinsider.com). In 2019, for the first time ever, DSLR/MILS sales were higher than P&S camera sales.

IS ANY OF THIS data is completely relevant to the rise and fall of sales of more serious cameras? The only thing I can tell is that the rise and decline has been less marked than the overall figures. One thing you can see is that the sale of DSLR/MIL cameras seem to have enjoyed their best sales between 2008 and 2012, with apparently steady growth. While there has been a decline in years following, it has not been as dramatic as the decline in P&S sales. From 2016 – 2018 (I wasn’t able to find good data on 2019 – 2020 sales) sales were relatively steady, though still showing a modest decline.

PERSONALLY, I think that an additional factor at play here is that we are seeing a sector (particularly but not exclusively, DSLR and MILS “full-frame” cameras) that has matured to the point that they are finding it difficult to offer changes/improvements that motivate current user/owners to “upgrade.” This is where the sentiment above – being responsive to the issues and concerns of these current users would probably have the most impact. But the reality is that there are perhaps fewer and fewer new users of this equipment and current users are satisfied to stay where they are – absent some compelling reason to change. I am in that boat. My Sony A7 is a mere 24mp, older technology and getting “long in the tooth,” in terms of the bells and whistles of new cameras. But it still yields excellent image results and is really everything I personally need in a camera.

NOT SURPRISINGLY, mirrorless cameras, actually saw an increase of 2% from 2017 – 2019. There was a drop in 2020, but many commentators suggest this was more due to the pandemic than any other factor. I guess 2021 sales will tell that tale. It is likely that part of the increase from prior years is an “adjustment,” as DSLR owners move to MILS. Even in a significant low year, 2020 marked the first time Mirrorless camera production (in terms of value and quantity) surpassed that of DSLR sales. My research indicates that this indicates  a shift of the digital camera market to mirrorless cameras. Most predictions for the future, including those of the major manufacturers, suggest that is where they think their future is. A recent DPReview.com commentary notes: “statements from multiple manufacturers – most notably Canon and Nikon in their investor reports – that higher-end, full-frame mirrorless models are selling better and will be the focus of their product lines.”

AS THESE TRENDS shift away from P&S cameras and DSLR Cameras and toward the mirrorless market, that are some not so cheery notes. The market will become smaller, with mostly “enthusiasts” and professional photographers as customers. Well-regarded Nikon and Sony commentator, Thom Hogan notes that “The collapse of consumer DSLRs hasn’t been met with a commensurate increase in consumer mirrorless. Simply put, fewer people are buying lower end products than before.” This will drive prices up, and perhaps offerings in terms of variety down. Mirrorless cameras on average already cost nearly twice as much as DSLR cameras. It will also likely put a chill on R&D as costs are no longer being covered by sales overall. We can expect sales of other cameras to continue to decline, and mirrorless cameras sales to increase, but in a very defined and narrow way.

AND WHEN  all is said and done, the current, narrow, pro and serious enthusiast market means that – in support of what my friends online have been preaching – manufacturers had better become more responsive to their fundamental requests and needs. As for me, I haven’t been given a reason from my current camera manufacturer to “upgrade” – even from their very first iteration. If there are others out there that might, I don’t have the stamina or economics to go through another full-scale switch. It is probably best for me to just use “the camera I have,” and make pictures 🙂

There is a very well though-out and different approach to this issue here on my friend, Kerry Lebowicz’s blog

6 thoughts on “Cause and Effect” 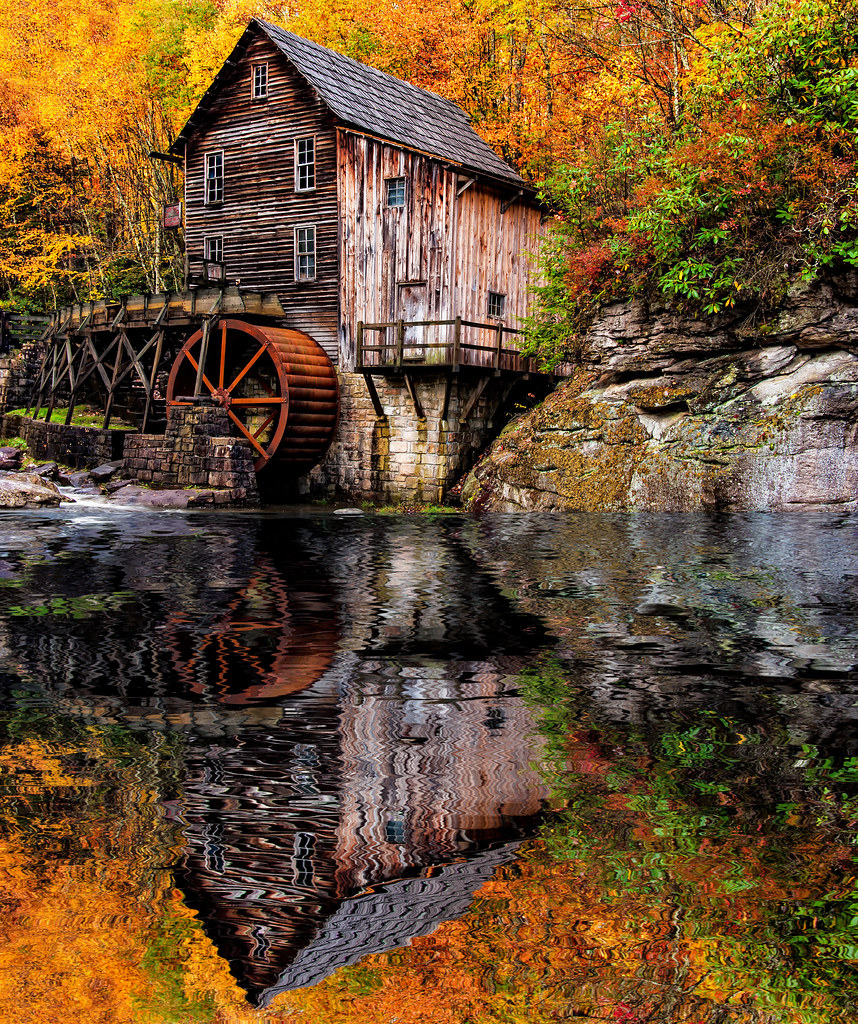