Skip to content
H ERE WE are in 2022 already. As of late last year, we were once again finally traveling outside of the U.S.  After many fits and starts, we finally got back on a cruise ship. And our last couple months of the year were pretty good for us. In addition to other things, we spent a week in London in October, and I’ll kick off 2022 with a series of blogs about our eventful days there. We are fully vaccinated (in addition to our belief that it is good, common sense, the cruise ships are requiring it). In fact, since our return to the U.S., we have both also had our booster vaccination. Our last cruise was in 2019. Pre-pandemic. The world, of course, is a very different place. The virus is definitely on everyone’s mind. We had required testing to enter the U.K. And testing prior to boarding our ship in Southampton. Masks are still pretty much the rule when in public places. Nobody likes it. But it’s o.k. It beats staying home.

London made everything else palatable

THIS ONE was a little different in another way. We often spend a few days in (or near) our departure destination beforehand. We like to do it first, because at the end, we are usually tired, and it just feels like it’s time to come home. Not that we wouldn’t spend time afterward if the disembarking location was tempting enough. This time, we flew into London Heathrow, for an eventual departure from Southampton, England. In 2019, we spent a very short day in London. We vowed to come back and spend some more time. On this trip, we spent 7 full days in London, before heading to Southampton to board our ship. In fact, this cruise was kind of a consolation (after having several, more appealing cruises cancelled, due to the pandemic). We ultimately took what was available, that we could work into our schedule. Often, our cruises and timing are about getting reasonable airfare across “the pond.” This one fit that criteria, and allowed us to spend time in London, as well as “get our feet wet,” so to speak, back on a cruise ship.

PERHAPS FORTUNATELY, our expectations were not high for the cruise part of this trip. Originally scheduled for 4 stops, it was winnowed down to 3 and one of the ports was changed late in the day to a port that – frankly – was not a very desirable stop. Essentially nothing there. However, in the end, we were back on a ship, and it is difficult (for us, anyway) not to enjoy a cruise just about any time, anywhere. LONDON, ALL by itself, made any negatives palatable. The short time we spent there in 2019 just whetted our appetite for visiting this immense and historical European city. So much history (I was, among other pursuits, a history major in college). So many amazing buildings. And much current history too – especially in the popular music culture. The Beatles, The Rolling Stones, Freddie Mercury and Queen, Jimi Hendrix and on and on. They all spent time in London. MY POSTS are very contra-traditional blog. From the beginning, I have known that the idea of a blog was a short, punchy paragraph or two, posted very frequently (at least daily). That never happened with me. I marched to my own drummer. But that’s o.k. I think the conventional blog has generally gone by the wayside anyway, replaced by Instagram and similar so-called “Social Media” sites. My blog is more like a journal – sometimes a travelogue. And it always tends to be long. In this case, I certainly won’t try to cover 7 days in London in one blog post. Instead, I’ll address it more or less chronologically, as subject matter seems to come together, with a couple dedicated subjects along the way. The days were long; very long, and often exhausting. But worth every step! For most days I cannot cover the entire day in one post, so you may see several two-part days. WE ARRIVED at Heathrow on the morning of Saturday, October 16. We have always tried to acclimate ourselves to our new time zone as rapidly as possible. The overnight flight helps a little, as you can sleep (such as it is) on the plane. But on arrival in your destination, there is certainly a temptation to kick back and rest. Maybe take a little nap. We fight that and go hard that first day, and then sleep that night. We took the fast train from Heathrow (after dealing with the Covid Testing procedures at the airport) to our home for the next week, in Paddington. Paddington is fairly close to the main parts of the city, has good restaurants nearby, and most importantly – our hotel room was just steps away from the Paddington Station. We had a scheduled walking tour of the “City of London” at 1:00, so we got busy finding our way around and ultimately getting to the designated meeting point. OUR ARRIVAL at Heathrow was 7:30 a.m. Covid-testing, finding the train, and the ride to Paddington, took us less than 2 hours and by 10:00 we were booked into our hotel and freshened up. We had several hours before our scheduled walking tour, and we had done some research over the days before we arrived. Our walking tour was to cover “The City of London,” and it appeared to me that many of the sights and sites (see what I did there?) 🙂 we wanted to see were either there, or in the city of Westminster, directly west and across the Thames. It would be easy to assume that the entire, large metropolitan area was the City of London (I did, before doing some reading). But like so many large metropolitan cities, it is comprised of a number of boroughs, and although one merges into another, they are distinct. We decided this was as good a time as any to get acquainted with the London Underground subway system (often locally referred to as “the tube”) and found our way to Westminster to walk around. It appeared that the most logical stop was St. James, near Westminster, and we found our way there without any problem. We walked through St. James Park to Buckingham Palace, and then back toward Parliament Square, where we again got on the tube at the Westminster stop and headed for our meeting destination, a couple stops away. WE HAD another walking tour scheduled later in the week for Westminster. These walking tours were really well done. Free Tours by Foot advertises itself as the original walking tour company and has a presence in virtually every major city in the world. I “took” one of their you-Tube, virtual walking tours of Westminster a month or so, prior to the trip, and was basically “hooked.” Our London City tour was guided by Sinead, who is featured on the you-tube examples on their site and she is every bit as animated and entertaining in person. Our Westminster tour, later in the week, was led by Michael, who was equally entertaining and knowledgeable. These tours are “free.” We have taken a few of them around the world and are never disappointed. What “free” means is that the tour guides are working for tips. They are worth it. If you travel, take one of these tours and you will be motivated to tip generously! As mentioned, I will cover the tour and the second half a very full day in the next instalment.

[Some of you are probably curious about the Covid-19 protocol for both traveling abroad, and on cruise ships. Two things become readily apparent when you start looking at this issue: (1) Everything is a moving target; and (2) Every sovereignty has its own approach and rules. As we have seen recently, new strains of this virus continue to appear around the world, and the when and where of these strains dictates policy both in and outside the U.S. So, All I can tell you is what we experienced. And, because we traveled in three different sovereignties outside the U.S., things were variable. The U.K. had a color-coded system (which, I believe, they have largely done away with now). If your country of origin/citizenships was “green,” you were allowed to travel into the U.K. – if you were fully vaccinated. But you were also required to be tested within 2 days of arrival in the U.K. Fortunately for us, we never found out about the consequences of a positive test, but I believe the requirement was a 10-day quarantine in accommodations selected by the U.K. government. The E.U. was different, and at the time, generally a little more “open.” We carried our Vaccination Records with us, and were told we would have to produce them to go into E.U. establishments (primarily restaurants and bars). My brother-in-law was in Greece shortly before we went to London, and they were asked to show them everywhere. We never were. I think it was fairly discretionary on the part of the establishment and country. We were in France and Spain. Masks were required almost everywhere, but there was a very liberal “exemption” policy and a kind of no-questions-asked attitude. I though the mask-wearers/not-wearers were about 70-30%.

The cruise ship lines, again, from what we read and hear, have been variable in their approach. Princess, which was the line we took for this trip, required a negative antigen test prior to boarding the ship. They provided the test and it was one of the “rapid” tests. After dropping our luggage off, we were directed to an onsite testing facility. The moved rapidly (we couldn’t have spent more than about 10 minutes there). We were then directed to a separated area in the terminal, where we waited for our results. It was about 30 minutes. Once they had our negative results, we were allowed to board the ship and everything proceeded normally. Masks were required whenever you were on the ship outside your stateroom, much like here in the U.S. You wore them moving around the ship, in the theaters, in the buffet, and into restaurants and bars. Once seated, you were o.k. to remove them. On our disembarkation, the cruise line again provided the rapid antigen test before being allowed to depart. Both tests were compliments of the cruise line. I very much hope that as we get more saturation in world-wide vaccination, that this stuff goes away. While it has become a fact of life these days, wearing the mask everywhere does knock just a little of the lustre off the cruise – but in our case, not enough to keep us off. 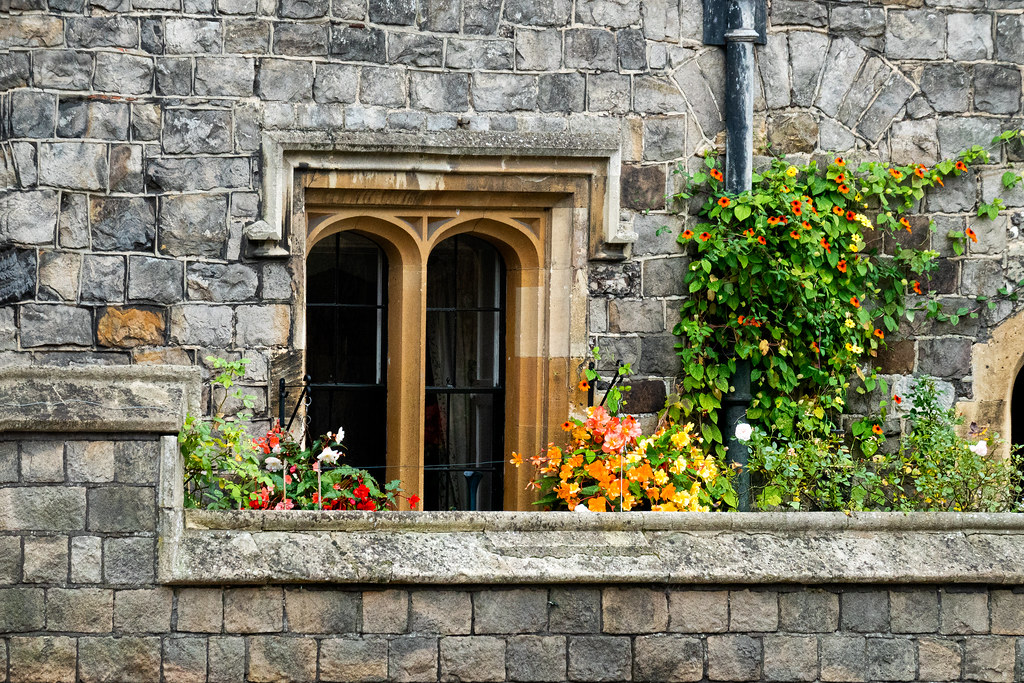